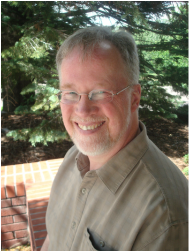 Thom Albin, Pastor
Thom has been the Pastor of Harvey Park Christian Church since March 2011. He's also been the Director of Evangelism for the Disciples of Christ Denomination, and pastored churches in Texas, Indiana, Ohio and Minnesota.

He's married to his wife, Denise, his treasure. He has a daughter, Kathy, who also lives in Denver, and works as a banker. Her son, Julian, is their first grandson. He's a busy child who is their delight and joy. He keeps everyone running! Thom's son, Thomas, is a writer, working to get published. He lives in Renssalaer, IN. The rest of Thom's clan live in Indiana, where he grew up, and Denise's family lives in Iowa.

Being with family is Thom's favorite thing to do.  He and Denise have a sacred "date day" every Friday, which usually includes dinner and a movie, or driving in the mountains. He likes to take Julian hiking at Red Rocks or other area parks, loves to read, as well as enjoy the occasional computer game. After work, Thom confesses he is a couch potato!

Thom is very outgoing and friendly. Before going to seminary, he sang opera in college and performed in over 50 plays, musicals, and operas. 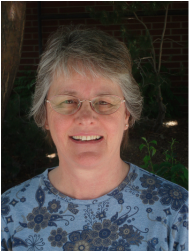 Betty VanArsdol, Administrative Secretary
Betty has worked for Harvey Park for 19 years, taking care of all the pastor's and church members' needs with a constant smile and always helpful attitude. When she's not working, Betty loves sewing, golf, watching sports, and landscape and mural painting.

Sally Bishop, Choir Director
Sally has a long family history with Harvey Park. She and her parents attended the church when it was formed in 1957. As a child, she helped with mowing and maintaining the flower beds. She's taught Sunday School, has led children's music programs, written and produced Christmas plays, and has sung in the choir since she was 9 or 10. She also was the activities and community liaison, has served as an elder, is on the Outreach team, and is currently the Board Chair. She was the church's choir director 2001 - 2019.

Sally enjoys gardening, and in fact, her yard is a Certified Wildlife Habitat through the National Wildlife Federation. She also likes to read, pretends to like computers, and enjoys plays and concerts. She loves being with her family of two brothers, sisters-in-law, eight nephews, and nine great nieces and nephews. Someone in her family or group of friends has a sense of humor - for her 21st birthday she was given a baby skunk, and a fully grown male armadillo!

Jan Moore, Organist
Jan has worked for Harvey Park for 30 years. Originally from Yuma, CO, she moved to Portland, OR as a child, then relocated to her grandfather's homestead in Akron, CO. She moved to Denver when she married her husband, Bill. From that marriage came two children, Toni and Terry. Through them she's been blessed with a son-in-law, three grandsons and one granddaughter-in-law.

While music is the best hobby Jan could ever have, she's known for her 50+ years of hiking and mountain climbing. She's climbed 36 of the 54 Majestic Fourteeners in Colorado, hiked thousands of miles all over the U.S., with some short hikes in the Swiss Alps and Belgium.

A fun fact about Jan is that her parents, her husband's parents, and Jan and her husband were all married by the same minister, in 1925, 1932, and 1959, respectively. The minister? He was none other than the Rev. Otto Barnhart, who happened to be her husband's grandfather!